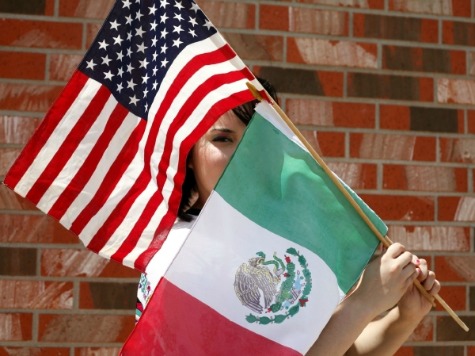 It is my understanding that next Tuesday (April 8, 2014) at the Texas State Board of Education(SBOE) meeting (Committee of the Full Board — http://www.tea.state.tx.us/index4.aspx?id=25769810402 ) there is to be a discussion about adopting a new course called Mexican-American Studies. I believe that someone from Ysleta ISD is going to present this idea and that his Hispanic supporters may be out in force.  Please read my comments posted below. We need many people to testify against the development of this new course for the reasons that I have given below.  At the bottom of this page, I have posted the details about how, when, and where to testify in front of the SBOE on Tuesday, 4.8.14.

I believe our position should be that we want no new courses such as Mexican-American Studies or Ethnic Studies to be added to already over-burdened school districts that are trying to cope with the 5 new endorsements, foundation program, and other requirements under HB 5.  Even calling the course Ethnic Studies would end up emphasizing ethnic/racial differencesamong students at a time when schools are trying so hard to create unity among the students and faculty.

I believe this Mexican American course is a direct attempt by the Democrats to turn Texas blue and that we need to stand firmly against it – creating no compromises (i.e., Ethnic Studies Course).  The definitions posted below should help keep us all on the same page.

First, I have posted some definitions further on down this page that I believe will help in the upcoming SBOE meeting. I believe it is very important for like-minded conservatives to “define the terms” rather than allowing others to do so. The term needs to be Hispanic and not Mexican-American.  Mexican-American is very discriminatory and much too exclusive. By defining the terms early-on, those who want to use the term Mexican-American will be identified as being discriminatory and exclusive (which they are).

Second, I hope that an attorney will testify.  The attorney needs to build the case that a Mexican-American course would be highly discriminatory to other language groups, races, and ethnicities.

Fourth, these questions need to be asked and answered:  Under state law, can local school districts offer courses for local credit?  Do those courses have to be approved by the SBOE and/or the TEA?  It could be that if the voters in Ysleta ISD want to offer this multicultural/politically correct course for local credit, then they could offer local credit for it.  Does the SBOE need to be brought into this issue at all – either with a Mexican-American Studies Course or an Ethnic Studies Course?  The curriculum is already so full now that teachers cannot teach everything they need to teach. Why add any more courses, particularly those that could become a hotbed for indoctrination and controversy?  It is evident that there is nothing that we can do to satisfy the left-leaners. If we move a little bit left, they want more.  If we go all the way to their side, they still want more. I believe our best position is to make a stand, do not apologize for it, clearly state our position, and then let the chips fall. This is the way to stop the bullying and intimidation that has become so prevalent under the Obama admin. If we keep compromising, then we will keep losing our conservative principles.

The term “Hispanic” broadly refers to the culture, peoples, or nations with a historical link to Spain. The term commonly applies to countries once colonized by Spain, particularly the countries of Latin America that were colonized by Spain. It could be argued that the term should apply to all Spanish speaking cultures or countries, as the historical roots of the word specifically pertain to the Iberian region. It is also difficult to label a culture with one term, such as Hispanic, as the customs, traditions, beliefs and art forms (music, literature, dress, architecture, cuisine or others) vary widely depending on country and even within the regions of said country. The Spanish and Portuguese cultures are the main cultural element shared by Hispanic peoples.[6][7]

Usage Note: Though often used interchangeably in American English, Hispanic and Latino are not identical terms, and in certain contexts the choice between them can be significant. Hispanic, from the Latin word for “Spain,” has the broader reference, potentially encompassing all Spanish-speaking peoples in both hemispheres and emphasizing the common denominator of language among communities that sometimes have little else in common. Latino—which in Spanish means “Latin” but which as an English word is probably a shortening of the Spanish word latinoamericano—refers more exclusively to persons or communities of Latin American origin. Of the two, only Hispanic can be used in referring to Spain and its history and culture; a native of Spain residing in the United States is a Hispanic, not a Latino, and one cannot substitute Latino in the phrase the Hispanic influence on native Mexican cultures without garbling the meaning. In practice, however, this distinction is of little significance when referring to residents of the United States, most of whom are of Latin American origin and can theoretically be called by either word. · A more important distinction concerns the sociopolitical rift that has opened between Latino and Hispanic in American usage. For a certain segment of the Spanish-speaking population, Latino is a term of ethnic pride and Hispanic a label that borders on the offensive. According to this view, Hispanic lacks the authenticity and cultural resonance of Latino, with its Spanish sound and its ability to show the feminine form Latinawhen used of women. Furthermore, Hispanic—the term used by the U.S. Census Bureau and other government agencies—is said to bear the stamp of an Anglo establishment far removed from the concerns of the Spanish-speaking community. While these views are strongly held by some, they are by no means universal, and the division in usage seems as related to geography as it is to politics, with Latino widely preferred in California and Hispanic the more usual term in Florida and Texas. Even in these regions, however, usage is often mixed, and it is not uncommon to find both terms used by the same writer or speaker.

Hispanics of Mexican Origin in the United States, 2011

BY ANNA BROWN AND EILEEN PATTEN

An estimated 33.5 million Hispanics of Mexican origin resided in the United States in 2011, according to the Census Bureau’s American Community Survey. Mexicans in this statistical profile are people who self-identified as Hispanics of Mexican origin; this means either they themselves are Mexican immigrants or they trace their family ancestry to Mexico. Mexicans are the largest population of Hispanic origin living in the United States, accounting for nearly two-thirds (64.6%) of the U.S. Hispanic population in 2011.1

: a person born, raised, or living in Mexico

: a person whose family is from Mexico

a :  a native or inhabitant of Mexico

b :  a person of Mexican descent

c Southwest :  a person of mixed Spanish and Indian descent

: coming originally from an area where Spanish is spoken and especially from Latin America; also : of or relating to Hispanic people

1:  of or relating to the people, speech, or culture of Spain or of Spain and Portugal

2:  of, relating to, or being a person of Latin American descent living in the United States; especially :  one of Cuban, Mexican, or Puerto Rican origin

DETAILS ABOUT TESTIFYING ON TUESDAY AT THE SBOE MEETING

April 2014 Committee of the Full Board Tuesday

COMMITTEE OF THE FULL BOARD – Room 1-104
Public Testimony – Individual testimony will be taken at the time the related item comes up for committee discussion or action. The procedures for registering and taking public testimony at State Board of Education committee meetings and general board meetings are provided at http://www.tea.state.tx.us/index4.aspx?id=25769804094.

A public hearing before the State Board of Education (SBOE) is scheduled for Tuesday, April 8, 2014, in the William B. Travis Building, Room 1-104. Testimony will be presented regarding new courses, including courses that might be developed in the future to align with requirements of House Bill (HB) 5.