If one believes that the battle for the nation’s soul is occurring, not just in Washington, D.C., but in schools across the nation, the steady advance of Turkish-Gulen Charter Schools may be cause for alarm. 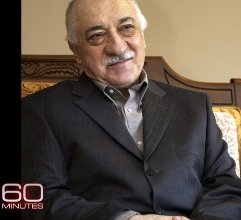 Fethullah Gulen is a Turkish Islamic cleric who fled his native country in 1998, after being charged with seeking to overthrow the secular Turkish government. He currently lives in exile at a 28-acre mountain complex in the Pocono Mountains, with more than $25 billion of assets at his command.

The 135 charter schools associated with the Gulen Movement (GM) enroll more than 45,000 students and comprise the largest charter school network in the United States — all of which are fully funded by American taxpayers. Fethullah Gulen has been under investigation by the government since 2011.

That investigation, carried out by FBI and the Departments of Labor and Education, is centered around charter school employees who are allegedly engaged in kicking back part of their salaries to the Muslim movement (known as Hizmet, service to others), founded by Gulen.

Gulen initiated his movement in Izmir, a city on Turkey’s Aegean coast, more than 40 years ago, preaching impassioned sermons to his followers, who may now number as many as six million. In Turkey, the Gulen Movement has been accused of pushing for a hardline Islamic state.

Yet, despite this reality, government officials investigating the kickback scheme are apparently satisfied that there is no religious agenda being disseminated in America. Their investigation is centered around the hundreds of Turkish teachers, administrators and other staffers employed under the H1B visa program, who may or may not be misusing taxpayer money.

This would appear to be a stunningly naive approach to the issue. H1B visas allow U.S. employers to hire foreign workers in specialty occupations on a temporary basis. “Specialty occupations” are defined as “requiring theoretical and practical application of a body of highly specialized knowledge in a field of human endeavor.” Gulen schools are among the nation’s largest users of the H1B visas. In 2009, they received government approvals for 684 visas. The Harmony School, a Gulen-related institution, has applied for more H1B visas than any educational institution in the country.

GM officials at some of the charter schools that ostensibly specialize in math and science, claim they need to fill teaching spots with Turkish teachers. At the Young Scholars of Central Pennsylvania Charter School in State College, Ruth Hocker, former president of the parents’ group, grew suspicious when certified American teachers began to be replaced by uncertified Turks with limited English-speaking skills who, despite that limitation, commanded higher salaries.

Parents pointed out that these uncertified teachers were moved from one charter to another when their “emergency” credentials expired. They also spoke about a pattern of sudden turnovers of Turkish business managers, administrators and board members.

Similar complaints arose in Texas, where it was revealed that hundreds of Turkish teachers and administrators were also working with H1B visas. In addition, the Harmony School group was using taxpayer money to fund Gulen’s movement via school construction and renovation projects.

Despite assertions that the bidding process on those projects was fair, records showed that virtually all of the work has been done by Turkish-owned contractors, according to the New York Times.

A former teacher from Turkey reportedly told the FBI that the Gulen Movement had divided the United States into five regions, with a general manager in each who coordinates the activities of the schools, and related foundations and cultural centers.

All of the above raises the obvious question: If these schools are traditional American charter schools that do nothing more than “follow the state curriculum,” as Tansu Cidav, the acting CEO of the Truebright Science Academy in North Philadelphia contends, why is it necessary to hire foreign teachers and coordinate activities nationwide?

A federal document released in 2011 may provide the answer. It posits that Gulen’s charter schools may in fact be madrassahs, where students are “brain-washed” to serve as proponents of the New Islamic World Order Gulen purportedly seeks to create.

The American Thinker’s Janet Levy takes it one step further. After noting that Turkish Prime Minister Recep Tayyip Erdoğan belongs to the AKP political party founded by Gulen upon his arrival in Pennsylvania, she points out that, “Turkey is reverting to its historical Ottoman Empire-inspired Islamic fundamentalism,” even as “it is pursuing a stealth or cultural jihad against the West, in large part through the efforts of Fethullah Gülen, a Turkish Islamic theologian.”

In a 1999 video, Gulen himself spoke of a surreptitious plan for taking over the Turkish government: “You must move in the arteries of the system without anyone noticing your existence until you reach all the power centers … until the conditions are ripe … The time is not yet right. You must wait for the time when you are complete and conditions are ripe, until we can shoulder the entire world and carry it[.]”

The movement is well on its way towards achieving that aim. GM is now active in 140 countries. Aside from its charter school empire, other interests include boarding schools, universities, banks, media companies, newspapers, charities and think tanks.

In a 60 Minutes report, Leslie Stahl was forced to acknowledge that while Gulen “invites conspiracy theories that he’s running Turkey from the Poconos and is bent on global Muslim domination,” his movement “does lack transparency — its funding, hierarchy, and ambitions remain hidden–leading our State Department to wonder in cables between Ankara and Washington if Gulen has an ‘insidious political agenda.’ ”

This is not the first investigation conducted of Gulen’s empire. In 2008, members of the Netherlands’ Christian Democrat, Labor and Conservative parties agreed to cut several million euros in government funding for organizations affiliated with Gulen. An investigation ensued when Erik Jan Zürcher, director of the Amsterdam-based International Institute for Social History, along with five former followers who had worked for Gulen, told Dutch television that the Gulen community was moving step-by-step to topple the secular order.

In Pennsylvania, neighbors of Gulen’s fortress complain of hearing automatic gunfire and the drone of a surveillance helicopter that constantly searches for intruders. One hundred Turkish guards stand watch over the property as well. If this man and his movement–which continues to expand–have nothing to hide, they have a remarkable way of showing it.

As a Turkish observer speaking to the New Republic noted, “No society would tolerate this big of an organization being this untransparent.”

The FBI’s new investigation against Gulen’s organization brings us one step closer to exposing what goes on behind the closed doors of Gulen’s empire.

This article appeared originally on FrontPageMag.com