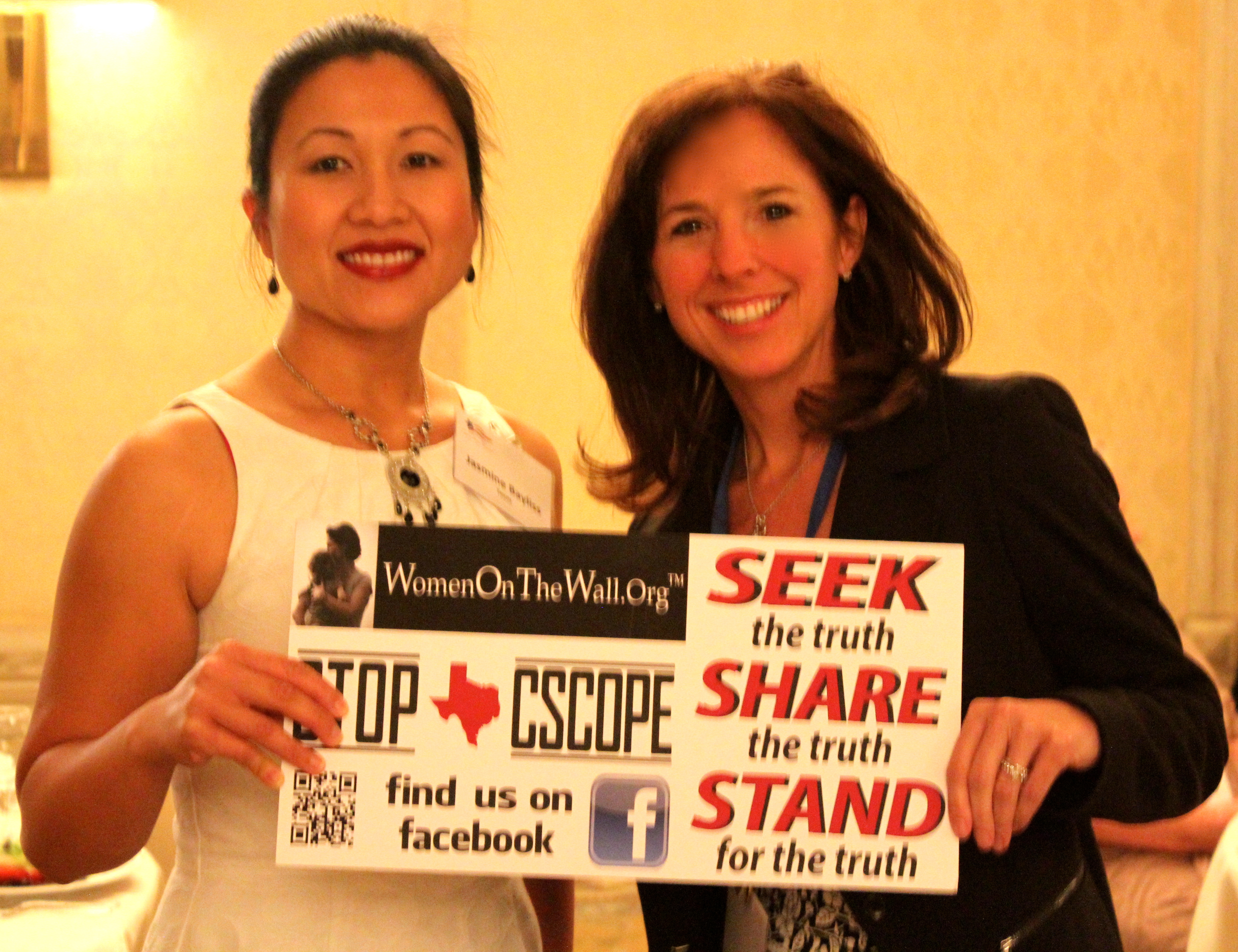 5000 Pages of documents arrive after threat of a subpoena earlier in the week from Senator Patrick.

AUSTIN—Over the past several months, Senator Dan Patrick, Chair of Senate Education, and a vocal critic of the CSCOPE program, has asked for detailed financial information from the TESCCC and the 20 Board members who sell the CSCOPE lesson plans to nearly 900 school districts statewide. After becoming frustrated with a lack of response for the detailed financial information, Senator Patrick sent a letter earlier this week to all 20 participants in CSCOPE saying he would request a subpoena for this information if his committee did not receive it before today at 5 p.m. Late this afternoon the Senate Education Committee office received over 5000 pages of detail dating back 5 years on each CSCOPE region.

“I’ m glad that the CSCOPE board finally recognized that they must respond to our request for detailed financial information,” said Senator Patrick. “I only wish I didn’t have to threaten a subpoena before getting this information,” added Senator Patrick. “For some reason the board at CSCOPE believes they are above open disclosure and total transparency to parents and legislators.

Over the past year CSCOPE directors have fought back against requests from parents and others for information. They had used the  non-profit corporation that they set up several years ago as the reason claiming they were not a public entity. The very first question Senator Patrick asked the CSCOPE witnesses in committee in January was about the non-profit.

Senator Patrick established that the non-profit didn’t have a phone number, an address, a checking account, or an address. He then asked them to close it down which they agreed to do. “It was clear to me the non-profit was set up to hide information from someone. I’m glad the board is beginning to understand they are a public entity and the people of Texas and the legislature have a right to their records,” said Patrick

Good news gang! I just got off the phone with one of the NEW ECISD school board members, Doyle Woodall. He is going to be asking for a complete audit of CSCOPE spending! Last night we threw 4 incumbents out! It looks like the pro-CSCOPE “interim” Supt. might be on the way out. 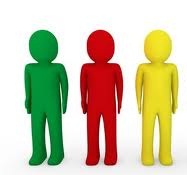 5.11.13 –Mary Ann Whitaker (Lufkin, Texas – Hudson ISD Superintendent and Chair of the Legislative Committee for the Texas Association of School Administrators) is a spokesperson for the “yellow people.”  (To better understand who the “green, yellow, and red people” are, please go to this link: http://womenonthewall.org/parents-say-no-to-cscope-superintendents-dig-in-their-heels

Following are excerpts from Jason Moore’s rebuttal to Whitaker’s article:

Let’s see…The very people who run CSCOPE admitted at TX SENATE HEARINGS many of the facts that these great patriots [citizens against CSCOPE] have alerted taxpayers to many months ago!  If there were no problems with CSCOPE why have the ESC’s flown in to overdrive to pull lessons, revamp their website, redefine back & forth whether they are curriculum or not? Most normal people can only conclude that you [ESC staffers, TESCCC/CSCOPE personnel, etc.] must have a financial interest in seeing CSCOPE continue.  And you are right CSCOPE was “not a private, for-profit vendor” it was a PRIVATE non-profit corporation (TESCCC). Hmmm.  TESCCC created a multi-million dollar piece of “intellectual property” with NO expenses, NO income, NO employees, NO offices.  FACT: their own testimony is that they used ESC employees and resources to develop CSCOPE.  Taxpayers paid for the development of CSCOPE for the privilege of then paying for it again through charges to each of the school districts who BOUGHT it.  Is Bernie Madoff the Chairman of the Board of TESCCC?

Trustee Steven Jones backed both men and also endorsed Norma Gonzales, who was unopposed for the District 6 seat.

After Jones won his seat two years ago, he led a growing minority of trustees intent on overhauling district curriculum and reducing bilingual education in the heavily Hispanic district. He clashed often with Superintendent Dana Bedden. More senior trustees voted to censure him last month, accusing him of trying to undermine Bedden.

If Mosty, Randle and Gonzales are seated, Jones and his allies will control all but one seat on the seven-member school board.

The district’s bilingual education program is also likely to change, with more focus on English immersion.

“There will be some changes,” Randle said last month. “In some people’s eyes, some of them may be considered major.”

While Jones and the candidates deny intending to oust Bedden, outgoing board president Ronda Huffstetler has said Jones told her he would do so after the election…

5.11.13 – GOOD NEWS FROM STAN HARTZLER, LULING ISD SCHOOL BOARD  — Stan Hartzler, a leading critic of CSCOPE and a teacher who quit his job rather than continue to teach CSCOPE, has just been elected to the Luling ISD School Board.

She [Anne Poplin, Executive Director of ESC 9 in Wichita Falls] also announced that the Texas attorney general sent letters out to all districts Monday telling superintendents that they must not charge parents for copies of CSCOPE lessons.

Some districts had charged parents hundreds of dollars for paper documents of materials used in their children’s classrooms.

Frossard said he seemed to be the only person asking when CSCOPE would lower its prices to districts. “Once they recoup the development costs, they should bring the price down. (The price) is a barrier to stay with CSCOPE,” he said.

Frossard was unable to answer the parent who asked, “How has CSCOPE helped not the teacher but the student?”

BISD (Brazosport ISD) just ousted two incumbents this election as well! The Board President is especially shocked as she had stayed a staunce CSCOPE proponent since March when the community grew very concerned.  She called us misinformed and misled. I think she is in disbelief we got her out!!!! We now have two members who are against CSCOPE on the board and are already looking to replace the two up for re-election next year! Stay Strong Texas!!!

Reported from Ginger Russell over at Red Hot Conservative:

I am happy to report that Montgomery County Independent School District has made the right decision in not renewing their CSCOPE contract, just after one year of purchasing it from Texas Education Service Center VI.

Dr. Beau Rees, superintendent of Montgomery ISD obviously is listening to teachers and the community in regard to the controversy and concerns about CSCOPE. Hats off to you Dr. Rees. Our children will benefit because of your decision. 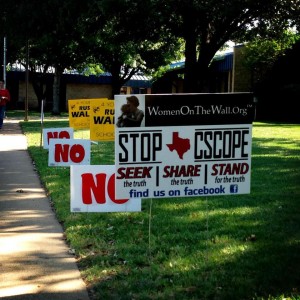