At the Capital in Austin on Jan. 31st the photo below was taken. It was Texas Muslim Day. Of the 12 sponsoring groups 8 have direct ties to the Muslim Brotherhood. 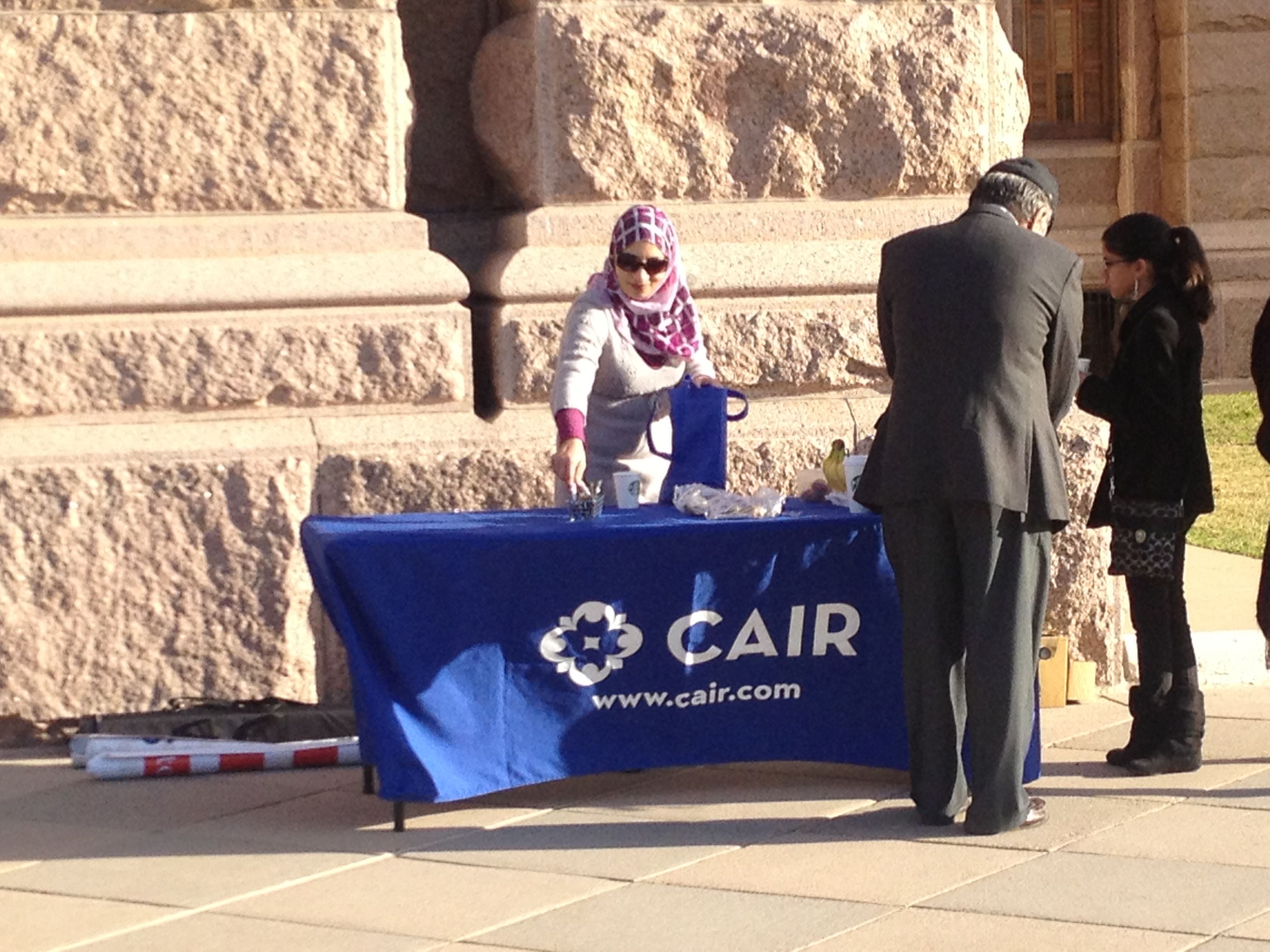 So it is not surprising to find out…..