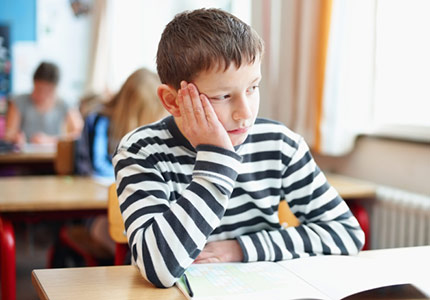 “Tortured language” has been an important government tool for years. (Just ask Jonathan Gruber, chief architect of ObamaCare, who bragged about the use of tortured language in writing that controversial piece of legislation.)  Such “tortured writing” uses euphemisms and flimflam when taking falsehoods and twisting them so that people will misconstrue them as truth.

A new example in Texas is the Education Service Center 11 (ESC 11), a governmental agency, with its chart comparing Common Core math standards with the Texas Essential Knowledge and Skills (TEKS) standards.  (To see the ESC 11 chart, please go to:  http://womenonthewall.org/wp-content/uploads/2014/11/TEKS-OldStandard-CommonCore.pdf.)

ESC 11’s chart claims that Common Core and TEKS are equal in content and scope. Therefore, they say schools can buy Common Core-aligned materials and feel safe that the materials support our TEKS. This is pure flimflam – “tortured language.”

I was a member of the Texas math curriculum standards writing team when we wrote the new 2012 Math TEKS.  I can state unequivocally that the new Math TEKS that we wrote and the Texas State Board of Education adopted are not the same as the federally-driven Common Core math standards.

First, our TEKS document is a brand name product that was developed by 80 citizens who put in 12-hour days during three separate meetings over four months. We were charged with developing quality standards that would benefit our children and Texas citizens. We built our TEKS starting with a draft first created by a panel of mathematics experts that was commissioned by the Texas Education Agency (TEA); then we researched specific states with outstanding math standards at the time (such as Minnesota, Massachusetts, and Indiana). Most importantly, we brought to the table professional knowledge and experiences as educators in Texas classrooms. We knew our state’s children and their needs. The TEKS were personal to us.

In contrast, Common Core is a generic brand created largely by unknown individuals outside of Texas. Some of the main writers, whose names were finally released publicly, had never even been classroom teachers.  For many reasons, not the least of which is cost, numerous states are now struggling to back out of their federal Common Core contracts.

The same TEA staff member resisted efforts to have the required use of the “standard algorithms” specified in the TEKS. (This is the procedure used in multiplication and division that our parents and grandparents learned and which is used internationally.)  The staffer said standard algorithms are considered a “traditional math” approach and were thus considered inferior by many math reformers.

I also wanted a restriction against the use of calculators for daily problem solving in elementary grades. Reformers on the writing team supported the push for technology in K-12 rather than the traditional methods (paper and pencil) of student learning.

Even though I vociferously advocated for standard algorithms and the restriction against calculator use among elementary students in Grades K-5, I was losing the debate. Therefore, I contacted Dr. James Milgram, one of the panel experts hired by TEA, and asked for his help.  He stepped forward, and a higher-up official at the TEA also got involved.  References to the Common Core by the TEA staff ceased.  The required teaching of standard algorithms and the restricted use of calculators in Grades K-5 were adopted in the final Math TEKS document.

Despite some philosophical differences on what we should include in the Math TEKS, our group did agree that the standards had to be explicit, direct, and clear. They had to be understandable not only for elementary teachers (many of whom fear mathematics and need clarity and brevity in instructions) but also for parents as well.

The chart that ESC 11 has created attempts to show that Common Core’s “process standards” match our new TEKS “process standards” and that makes Common Core and TEKS similar in scope. That is ridiculous!  The new Math TEKS standards that our writing team finally produced in 2012 has strong and specific expectations listed in the “Introduction” before each grade level.  No such clear, explicit, competency-based language is found in the Common Core.

Next, the public needs to look at our final TEKS Math Standards and compare those definitive and clear statements with Common Core’s wordy, complex explanations, many of which are not understandable because of the confusing and complicated wording. (Federal or state curriculum standards are also not supposed to mandate pedagogy [how to teach]; that is to be left up to the local educators.)

Below is a comparison example from the Math TEKS and from the Common Core:

“Represent and solve addition and subtraction of fractions with unequal denominators, referring to the same whole using objects and pictorial models and properties of operation.”

In numerous cases, there are additional Common Core standards that, if utilized, would add to the already packed TEKS.  This would not help educators prepare their students for the STAAR-End-of-Course tests. Why risk wasting time, energy, and money on unproven and generic materials (Common Core) when the traditional approach to math has been proven successful for generations, in spite of those educators who say it hasn’t?

Speaking of time, it is time for many of these education “leaders” to have to teach for one year in a classroom and use the directives and requirements they have put on classroom teachers. These leaders should also be required to receive the credit or the blame for any poor student achievement.

More to the point, why are Texas education service centers, administrators, and political leaders allowing ESC 11’s false narrative and chart to be presented to teachers and parents as truth, especially when it is against state law to use Common Core materials and standards in Texas as stated by the Texas Attorney General (TAG). (Re: Use of the Common Core Standards Initiative by Texas school districts to teach state standards. RQ-1175-GA —https://www.texasattorneygeneral.gov/opinions/opinions/50abbott/op/2014/pdf/ga1067.pdf)

Why are Texas leaders ignoring the TAG’s ruling and flaunting the law by using public tax dollars for illegal purchases by school districts and ESC’s?

I believe if Texas leaders had led their classroom teachers to teach the new Math TEKS when adopted in 2012, rather than waiting until they were required to do so in 2014, students’ scores on this year’s STAAR and End-of-Course math tests would have shown considerable improvement.

School leaders should make sure all students in Texas public schools have instructional materials that teach the fact-based, clearly stated, explicit, grade-level specific, measurable requirements as outlined in our state’s Math TEKS.

Texas children, teachers, and parents deserve clarity, not confusion, from their leaders on education issues. That includes their not being victimized by curriculum materials such as Common Core that use “tortured language” and make material unnecessarily difficult to understand.

CORRECTION TO PODCAST: In 2012 the Math TEKS (Texas’ curriculum standards) were adopted in K-12 by the elected members of the Texas State Board of Education; however, the K-8 Math TEKS were not required to be implemented fully into the schools until 2014 when the textbooks (e.g., instructional materials – IM’s) were available for purchase. The high-school Math TEKS are not required to be implemented fully until 2015-16 when the new Math IM’s will be available for districts to purchase.

12.3.14 — PODCAST – Alice Linahan of Women on the Wall — conference call with Nakonia (Niki) Hayes, the author of The Story of John Saxon