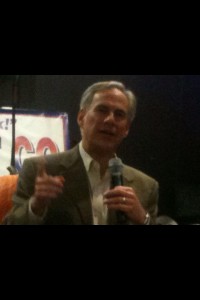 “Follow-Up: Not Dr. Klussmann for Tex. Comm. of Education” 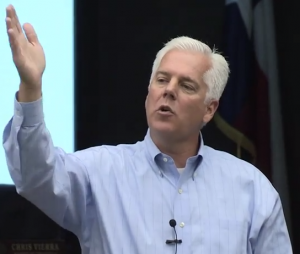 ACTION STEP: Please contact Tex. Gov. Greg Abbott and ask him not to appoint Dr. Duncan Klussmann, Spring Branch ISD Superintendent, as the next Texas Commissioner of Education for the following reasons mentioned below. 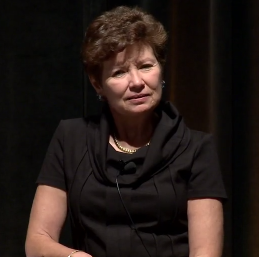 Martinez Tucker to the U. T. Board of Regents because she is a major supporter of the Common Core Standards Initiative:  1.27.15 — “Gov. Abbott, Please Listen to Our Concerns: 2 for 2 in the Wrong Direction” — by Donna Garner — http://www.educationviews.org/gov-abbott-listen-concerns-2-2-wrong-direction/

I have posted Gov. Abbott’s contact information at the bottom of this page.

After I sent out my original article (1.17.15 – “I Hope This Is a Rumor: Klussmann As Texas Ed. Comm.” – by Donna Garner — http://www.educationviews.org/hope-rumor-klussmann-texas-ed-comm/ ), I began receiving responses from people who live in the Spring Branch ISD area and who have real concerns with Dr. Klussmann ever being appointed by Gov. Abbott as the  Texas Commissioner of Education.

One Texas, high-profile, elected education official said that she had real concerns with Dr. Klussmann because of his decision to ignore parental concerns over a sex education program called “It’s Your Game, Keep It Real.”  After viewing six hours of the videos from this program [They have since been taken down from the Internet because of parental pushback.], the elected official told me, “I was sick.  It tries to ‘guilt’ kids into being sexually responsible (fear of disease and pregnancy) but does not mention anything at all about the most important motivator and that is a sense of morals and strong character that parents, teachers, Sunday school leaders, etc. can help instill in our children.”

Another parent wrote to tell me that back in December 2012, she had personally contacted SPISD Superintendent Klussmann, the SPISD school board members, and many in the public about her concerns over the teaching of “It’s Your Game, Keep It Real” to middle-school students in SBISD.  The parent and a Texas Representative met with SBISD administrators and made Dr. Klussman aware of the pornographic, perverted, and predatory content in the program in which the students role play scripts filled with filth.“Dr. Klussmann still chose to expose students to ‘It’s Your Game.’  This is evidence of his character.  I would not support him in any position in which he is charged with the welfare and best interest of students.”

The new curriculum is called, “It’s Your Game, Keep It Real” – a program that includes real-life scenarios about condoms…

Several parents told Fox News that the information booklets provided by the school district did not indicate the graphic nature of the classroom instruction nor did it mention the level of detail.

“I started looking at the curriculum and I got this sense of dread,” she said. “I thought, ‘oh my gosh, what is it that they are putting in front of our kids?’”

Kalmbach said the videos include cursing and slang. The actors are dressed provocatively.

“It has heavy petting and making out – and this is the seventh grade curriculum,” she said.

“This has not been vetted,” he told Fox News. “Now that parents are taking a truly active role, you have hundreds of parents expressing outrage over it.”

One of the reasons that I wrote “Adults Must Protect Our Nation’s Children” on 10.3.12

( http://educationviews.org/adults-must-protect-our-countrys-children/ ) was to inform parents and the public about the dangerous contraceptive/condom sex education that the U. T. Prevention Research Center and David C. Wiley are foisting on school districts all over Texas. 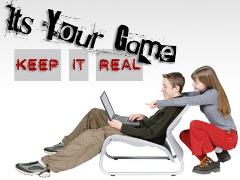 “It’s Your Game, Keep It Real” is coming from the U. T. Prevention Research Center and David C. Wiley. Wiley is not a medical doctor, and this sex education program is not based upon the medical literature.

If people will take the time to read my article, they will be armed with the facts to counter the U. T. Prevention Research Center’s inaccurate program that puts students’ lives in danger.

FURTHER COMMENTS FROM DONNA GARNER — It’s Your Game, Keep It Real” is definitely a product of Planned Parenthood which promotes teenage sexual activity. (Please see article by Danette Clark posted further on down the page.)  Planned Parenthood definitely does not want students to know the painful health consequences ofsexually transmitted diseases (STD’s) that increased sexual activity promotes. PP talks only about pregnancy and says nothing about the fact that STD’s are rampant and have lifetime consequences, including terribly painful conditions, blindness to unborn babies, HIV/AIDS spread through anal and oral intercourse (particularly among the LGBTQ community), and/or early death to the mother. Contraceptives do not stop the spread of STD’s and also do not prevent pregnancies unless used carefully and consistently — both of which are difficult for adults to do, much less teenagers in the midst of a hormone surge.
2.25.13 – ““Explicit Video from Obama Funded Sex Education Program Now  Scrubbed From the Internet” – by Danette Clark — https://danetteclark.wordpress.com/tag/its-your-game/

Please contact Texas Gov. Greg Abbott’s office and voice your concerns using the information contained in this article:  1.27.15 —  “Gov. Abbott, Please Listen to Our Concerns: 2 for 2 in the Wrong Direction” — http://www.educationviews.org/gov-abbott-listen-concerns-2-2-wrong-direction/

Check the box beside “I need assistance.”

Select “Other” in the Issue box.

Watch for an e-mail confirmation in five minutes. If you do not receive it, then input your message again.

I also entered my verbal comments by calling Gov. Abbott’s Constituent Services, (512-463-1800).  I could have delivered my comments as a recorded message, but I chose to give my comments verbally to the staffer.  She wrote down my comments and was very friendly as was I.