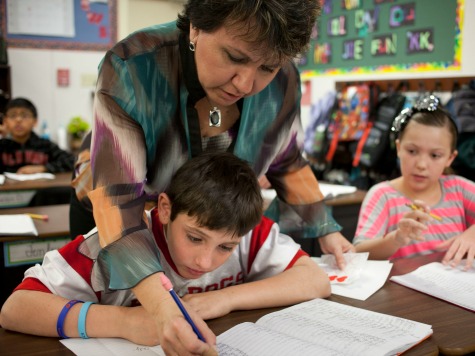 [The Obama administration, Arne Duncan, and the U. S. Dept. of Ed. are beginning to run scared because the public, including a number of our nation’s governors, are realizing that Common Core Standards do indeed control curriculum (among other education functions that have been ripped away by the federal government from state and/or local control).

Because the USDOE is “banned by law from directing, supervising, or controlling elementary and secondary school curriculum, programs of instruction, and instructional materials,” governors and other citizens are realizing they have grounds to sue the federal government for breaking the law.

*I began sharing this graphic way back in 1.1.09 in an attempt to warn the public against the Obama administration’s move toward the Common Core Standards Initiative. – Donna Garner

4.16.14 – “Common Core Is a Curriculum” – by Donna Garner —http://www.educationviews.org/common-core-curriculum/

Laura Slover, CEO of PARCC admitted in a press release on 8.22.14 that Common Core drives the curriculum:

The proponents of Common Core and PARCC continue to insist that tests and standards are not about curriculum, but that’s a ruse. Teachers already know that what is tested at the end of the year is what is taught in classrooms throughout the year. PARCC may not mandate one textbook or one pacing guide, but the CEO of the federally funded PARCC has admitted one thing: PARCC controls instruction and instruction is curriculum. (8.25.14 – “PARCC CEO Admits Goal of Test To Control Curriculum” – Office of Gov. Bobby Jindal – Press Release — http://gov.louisiana.gov/index.cfm?md=newsroom&tmp=detail&articleID=4655 )

2.12 — “The Road to a National Curriculum: The Legal Aspects of the Common Core Standards, Race to the Top, and Conditional Waivers” – a Pioneer Institute White Paper — http://www.scribd.com/doc/81315338/The-Road-to-a-National-Curriculum

[Summary statements about this report]

With only minor exceptions, the General Education Provisions Act, the Department of Education Organization Act, and the Elementary and Secondary Education Act of 1965, as amended by the No Child Left Behind Act (NCLB), ban the Department from directing, supervising, or controlling elementary and secondary school curriculum, programs of instruction, and instructional materials.

The U. S. Dept. of Education has designed a system of discretionary grants and conditional waivers that effectively herds states into accepting specific standards and assessments favored by the Department…the NCLB conditional waiver program…is driving the states toward a national K-12 curriculum and course content.

…In the view of the authors, these efforts will necessarily result in ade facto national curriculum and instructional materials effectively supervised, directed, or controlled by the Department through the NCLB waiver process.

…Secretary Arne Duncan has said that the work of the two consortia includes “developing curriculum frameworks” and ‘instructional modules.’

In the fall of 2012, the United States Secretary of Education told states he would use his statutory power to waive violations of the No Child Left Behind Act (NCLB), but only on the condition that they adopt his new education policies — policies that had already failed in Congress. Most states had no real choice but to agree because eighty percent of their schools were faced with statutory sanctions and fund termination.

As a result, the Secretary was able to federalize two core aspects of public education over the next year. For the first time, school curriculum and the terms of teacher evaluation and retention came under the control of the federal government.

This Article demonstrates that this particular exercise of conditional waiver power was both unconstitutional and beyond the scope of the Secretary’s statutory authority.

First, NCLB contained no notice that states might face waiver conditions when they first agreed to participate in NCLB, much less notice of the substance of those conditions. Spending clause doctrine requires both.

Second, states’ inability to say no to these conditions raises serious questions of unconstitutional coercion.

Fourth, to treat these particular waiver conditions as falling within the scope of the Secretary’s authority would be to extend the Secretary the equivalent of law-making power, which separation of powers doctrines prohibit. The power to unilaterally impose open-ended policy through waiver conditions would be remarkable not just for its transformation of key aspects of education, but for the entire federal administrative state. It would open the door to the spread of a more expansive administrative power than ever seen before.